The Speaking test takes between 11 and 14 minutes and consists of an interview between the test taker and a trained and certified examiner.

Click the parts of the test to find out more.

Part 1
Test takers answer general questions about themselves and a range of familiar topics, such as their home, family, work, studies and interests. (4-5 minutes)

Part 2
Test takers are given a card which asks them to talk about a particular topic. They have one minute to prepare before speaking up to two minutes. The examiner may then ask one or two questions on the same topic to finish this part of the test. (3-4 minutes)

Example 1: Describe a teacher who has greatly influenced you in your education.

You could say: where you met them, what subject they taught, what was special about them and explain why this person influenced you so much.

Example 2: Describe an email you received which was very important to you.

You could say: when you received it, who sent it, what it was about and explain why it was important to you.

You will have to talk about the topic for 1 to 2 minutes. You have one minute to think about what you are going to say. You can make some notes to help you if you wish.

Part 3
Test takers are asked further questions connected to the topic in Part 2. These questions give the test taker an opportunity to discuss more abstract issues and ideas. (4-5 minutes) 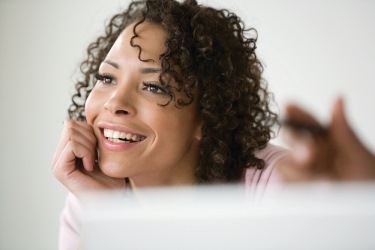